My young sister brought for me red velvet and green tea brownies as gift. That brownies currently such a hit in Malang, she said. The brownies appearance was cute but when I try to eat that hmm it's too sweet in my tongue, and the brownies taste was not as good as it appearance. Just so so. But this is according to my taste experience and opinion so let say it was my version. Because my younger sister said that her friends really like this and they think it is delicious. But this brownies actually a healthy homemade one, worth to eat.
Note that the tast feels so much more bearable after I put in the refrigerator.

Want to try eating this brownie? You can order this via instagram dear_brownie. 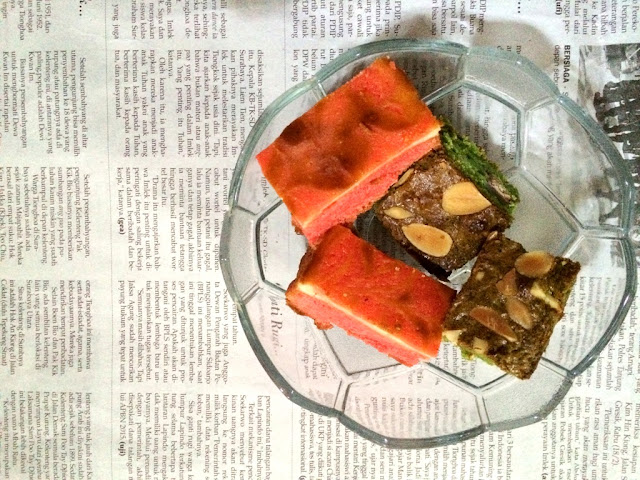